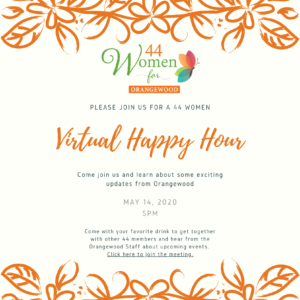 Click: Ducks and fans team up for Orangewood (COAST Magazine)

After foster care, where do young adults go? Too often into arms of sex traffickers (OC Register)

Description:
In light of January being Human Trafficking Awareness Month, Orangewood is hosting two Sex Trafficking Awareness & Skill Development Trainings to the community. Our goal is to bring the community together to create awareness, provide support, develop skills and ensure our responses to youth impacted by sexual exploitation and trauma are consistent and compassionate. We hope that you join us as we learn from one another and strive to create a community of healing.

The Crowd: Anaheim Ducks break away for Orangewood (Daily Pilot)

His dad was a drug addict and mom was an alcoholic. His parents worked a lot, leaving Ivan and his siblings home alone without supervision. Ivan was placed in foster care at 13 years old. “Being in foster care and in group homes, you don’t know what’s next,” Ivan says. “You don’t expect anything. You just live and survive.”

When Ivan was a teenager in foster care, he started attending Orangewood’s Independent Living Program (ILP) workshops learning life skills. But what he remembers most about it was the Orangewood staff and Peer Mentors. “People treated me with respect and that motivated me,” he says.

In the last year, Ivan’s Youth Support Specialist, Frank, noticed a changed in him. “He wanted to change his life,” Frank says. “He demonstrated that he was serious and he started to set boundaries with his peers who may not have been a positive influence.” Ivan explains, “It’s hard because my friends are my family. But I have to set myself apart and decide I want something more in life.” He visited our onsite Orangewood Resource Center every day to wash his clothes, enjoy a hot meal, print out his resume and find resources.

Frank says, “At one point, Ivan was overwhelmed because he had nothing, but I told him to be patient. Then he got a job offer, was approved to become a Peer Mentor, and got accepted into our Rising Tide transitional housing program.”

Today Ivan has a full-time job at Motive Energy where there is room for growth. He wakes up every day at 3:00 A.M. to be at his job in Corona by 4:00 and gets off at 1:00 P.M. Ivan then heads straight to Orangewood for support and help facilitate the ILP workshops as a Peer Mentor. “I want to give back,” Ivan says. “I know what it’s like to feel that nobody understands them and that they’re alone. I tell them, ‘I was in your shoes. Every day I’m trying to be better and you can too.’”

When describing his life currently, Ivan frequently uses the word “blessed” and says, “Sometimes I wonder what I would do without Orangewood Foundation. This is like my family. Orangewood has given me things I never thought I could have – living a normal, decent human life where I don’t have to just survive.”

Growth. That’s what it means to be an Orangewood mentor, according to Walter “Ace” Hoyt. Ace was paired with Elias, a former foster youth, in the summer of 2012. When Elias, age 19 at the time, asked for a mentor, he had one criterion: he didn’t want an “old guy.” “I wasn’t the young match he was looking for,” laughs 72-year old Ace thinking back on the first time they met.

Ace had recently retired and was looking for something to do. His friend suggested to get involved in the community and suggested Orangewood Foundation as a place to start. “It was perfect. I wanted to give younger people advice and share my life experience,” he says. Ace met Elias and, despite being the “old guy,” they hit it off.

Ace admits being a mentor isn’t always easy. “I’m a traditionalist,” he says. “I thought a goal for someone at Elias’ age should be getting a college degree.” So when Elias expressed his desire to quit college, Ace was taken aback. “We had a heart-to-heart talk and I gave him my opinion on it. But in the end, it was about Elias’ goals, not mine,” says Ace. “I’m here to support him in whatever he wants to do.”

Ace learned Elias had a passion for karate and he ultimately wanted to run his own karate dojo (studio). They worked together and created steps for how Elias could reach his new goal. “I helped him identify the skills he needed to run a dojo,” says Ace. “You need marketing and sales skills to get people in the door, you need management skills to manage and the list goes on.” Elias took online classes, went to workshops and found a mentor in the karate industry with the help of Ace.

Today, Elias is working at a karate dojo and thriving in his environment. “He is a resilient and hardworking young man,” says Ace. “It’s amazing to see how much he grew.” Elias is busy with work, but the pair always finds time to have a meal together.

As for the “old guy,” Ace learned a thing or two. “I learned about patience,” he says. “Taking on a mentee requires a lot of patience. A lasting relationship requires work and time.” Inspired by the youth organizations Ace volunteers at including Orangewood Foundation, he has taken courses in mediation and hopes to become a mediator in family court.

Ace reflects on the past seven years of mentorship, “I’ve grown, because of youth like Elias. I have a passion to work with youth. I’m not just sitting around and thinking about who I’m going to play golf with today.”

Kimberly graduated from college last month and will start what she calls her “dream job” in the fall. She is well on her way to achieving her goals but she didn’t always see a future for herself.

As far back as elementary school, Kim was changing the diapers of her two younger brothers, bottle feeding them, and putting them to bed. Her family had little money and her mom worked a lot. Her parents had a difficult marriage and her mom left when Kim was in middle school.

Kim’s father wasn’t around much. When he was, he was mentally, physically and verbally abusive to the children. Kim saw no choice but to take on the role of mother and father. She did the laundry, cooked dinner, and signed permission slips.

Kim loved going to school. “It was the only place I could get away from the situation and not think about what was going on at home.”

On Halloween day in high school, Kim was called to the principal’s office and the police were there to take her into protective care. She and her brothers were placed into foster care.

Ultimately, they were placed with one of Kim’s friend’s families who had four children of their own. The parents encouraged her to be a teen and relieved her of her mothering duties. However, with seven children in the house, the family didn’t have money for extras.

In her senior year, Kim wanted to attend college but had no idea how she was going to afford it. Again, Orangewood Foundation was there for her, providing college scholarships. This financial support plus other scholarships allowed her to attend Cal State Fullerton and focus solely on school. In May, Kim graduated from CSUF debt free.

This summer Kim is studying for the CPA exam to become a certified public accountant. An Orangewood Advanced Studies scholarship is covering the fees for her preparation courses. Starting in September, she’ll begin her job as an auditor at Ernst & Young.

Thinking about her past, Kim says, “When I was living with my father, I had no clue what was going to happen in life. I had a brighter future than I’d thought. If not for Orangewood, I would not be the outgoing person I am. I would not be able to overcome my situation and live out my dreams. I can face anything and I’m very excited for what the future holds.”