Nathalie is one of Orangewood’s great success stories.

A 2011 graduate of Cal State Fullerton, Nathalie worked as a preschool and kindergarten teacher before joining her husband Sean in their own business. Happily married for more than four years, the couple also owns a condo (Nathalie credits her money management skills to the budgeting classes she took through Orangewood) and looks forward to starting a family some day.

Yet 20 years ago, a seven-year-old Nathalie was taken from her mother and stepfather after enduring years of physical and sexual abuse – abuse that she thought was “normal.”

During her time in foster care, Nathalie was introduced to Orangewood Foundation, whose mission is to help foster and community youth reach their greatest potential. She participated in a number of programs through Orangewood, including Independent Living Program workshops, which cover topics such as budgeting, relationships, education, careers and more.

Orangewood also helped Nathalie afford college by providing her with scholarships and connecting her with grants that covered 100% of her expenses. “These scholarships were crucial and allowed me to focus on school and graduate in just four years,” notes Nathalie. Orangewood staff member Khani also helped Nathalie navigate the college process. “If It weren’t for these scholarships and Khani’s help, I would probably have given up on college.”

“I know there are many reasons my life is going so well,” says Nathalie. “But I firmly believe that Orangewood Foundation is one of the key factors in my stability and success, along with the love and support of my husband and former foster family.”

Last October, Orangewood Foundation named Amway/Nutrilite employees Outstanding Volunteers of the Year. Amway/Nutrilite has been supporting Orangewood Foundation in a variety of ways for over a decade. Every month company employees cook and serve a delicious, healthy meal for our youth in our on-site Resource Center, and give a birthday gift to those with recent birthdays. Many of our youth have developed friendships with the Amway/Nutrilite volunteers and have found comfort in their interaction and presence. Amway/Nutrilite has also provided services and resource to help our youth find jobs, including volunteering at our career fairs and taking our youth on a tour of the Amway/Nutrilite facility. Recently, company employees have even joined our Mentor Program, so they can further their relationships with our youth and make deeper, positive impacts on their lives. We are so grateful for Amway/Nutrilite’s support and commitment to our youth, and look forward to the next 10 years!

Read about our 2015 Holiday Tea fundraiser in this month’s edition of Coast Magazine!

Oree Freeman, advocate and survivor of sex trafficking, is helping us design our program for these young woman called The Lighthouse. If you haven’t heard or read her story yet, here is a great write-up!

Sophomore Samueli Academy student Diego* is a quiet, reserved 15 year old with a low-key disposition and soulful eyes. He loves to play guitar and skateboard, he has a solid group of friends, and he is looking forward to his 16th birthday this month. At the Academy, he is an engaged, attentive student, who works hard for his good grades and wants to start a guitar club. But before he transferred to Orangewood’s charter high school in the second semester of his freshman year, things were much different for him.

When he was young, Diego lived with his mom and dad and three older siblings. His parents often fought, sometimes physically, his mother abused drugs, and by the time Diego turned eight, his parents had been deemed unfit to take care of their children. He spent a few months in the Orangewood Children and Family Center (the county shelter formerly known as the Orangewood Children’s Home) before being placed with an aunt and uncle. Between the ages of eight and 12, in addition to the shelter, he lived with two different family members, and finally with a foster family. He attended four different elementary schools, and two middle schools during this time.

After the first semester of his freshman year of high school, Diego’s foster parents decided to transfer him to Samueli Academy. His first semester at the Academy was a turning point. With the small class sizes, focus on hands-on real world learning, and personalized attention from faculty, Diego found it easier to engage in school. He quickly developed friendships and relationships with teachers and faculty, and started applying himself in school. He regularly attended the after-school and Saturday “Homework Club” where he could get help when he was struggling, and quickly brought his grades up from a C average to As and Bs. The difference, he explains, is not just the teaching approach, but the way the teachers and faculty care about the students as people. He even describes Sarah Davis, the school’s Student Success Coordinator, as someone who “cares on another level… [she is] more like a mom than anything else.”

Diego has big dreams for his future, now, too. He wants to go to college to major in business and minor in art. When we asked him what he wanted to do with his degree a little smile flitted across his face. “I want to open my own business…something with skateboards.” Head of School Anthony Saba says, “Diego has faced more adversity in his life than most young adults his age. His continued success despite these challenges inspires me on a daily basis, and I couldn’t be more proud of him.” Way to go, Diego!

*Not his real name. Because he is still in foster care, we cannot share his real name or show his face in photos.

Click the link below and scroll down to the second half of the page to read the story!

Oree Freeman was 11 years old when she became a victim of the sex trade. After four years she was able to leave that life with the help of Jim Carson of Orangewood Foundation. She has since graduated from high school and is currently attending college. Read about how her transition from sex trafficking victim, to survivor, to advocate made her one of the Orange County Register’s “Most Influential of 2015.” 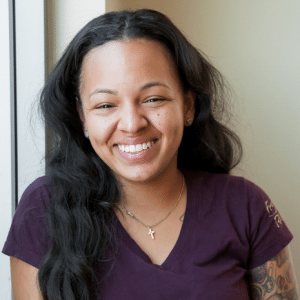 The holiday season can be especially hard for current and former foster youth. Images of loving families and abundant presents can be a reminder of what they don’t have. But the upcoming holidays don’t seem to be getting Raquel down. Raquel and her two-year old daughter, Nevaeh, will be receiving Christmas gifts from Orangewood, thanks to those who donated to our Holiday Gift Drive. She’s excited to celebrate Christmas with her daughter, and she’s looking forward to next year, when she hopes to land her first big job.

As a teen, Raquel didn’t feel cared for by those closest to her. Her father was physically abusive, an alcoholic and a drug user. Her mom struggled to provide for her nine children both financially and emotionally. When Raquel was 13, she and her siblings were placed into foster care. From age 13-18, she had five different foster care placements, and attended five different high schools. Feeling like she had no place to call home, Raquel would often run away from her foster care placements and go stay with friends or older siblings.
It was during this period of her life that Raquel was introduced to Orangewood. “I came to Orangewood because I heard I could get a toothbrush and some food,” Raquel explains, “but I kept coming back because it was the only place I knew I could get emotional support.”

Since then, Orangewood has continued to help and encourage Raquel. When she decided to go to college, Orangewood staff helped her enroll (even driving her to the campus) and provided scholarship money. Now in her second year at Cypress College, her goal is to get her A.A. degree, transfer to Cal State Fullerton, and become a social worker so that she can help kids navigate the foster care system. She still visits the Orangewood resource center for emotional support, hot meals, and groceries when money is tight. Through it all, Raquel is working hard to give her daughter a better childhood than the one she experienced. “She is so smart. I know she can grow up to be strong and independent. The biggest thing I can give her is to know what it feels like to be loved unconditionally.”

When asked to describe what Orangewood means to her in one word, Raquel pauses for a while. “How do you find one word that means everything? I just love you all so much for everything you’ve done for me!”